I just received word this morning that a mission companion of mine died. She was 49 years old. We served together in Yung-Ho, Taiwan in 1983. Below is a picture of us with our two roommates. I'm the unbearably thin one, and she is the beautiful one wearing sunglasses. The other picture was in the newspaper with her obituary.

Karin was Dutch-Indonesian. Her grandmother (or great..I"m not sure) was an Indonesian princess who married a Dutch man. Her subjects were so upset that she married a foreigner, that one of them poisoned her. Being Dutch-Indonesian gave her an exotic look, and I always thought she was incredibly beautiful. At that time she had beautiful long hair that she often wore up, which made her look even more Indonesian.

However, Karin was truly a California girl. She grew up in California. Her father worked in the oil business, so they were somewhat wealthy, and lived in some of the nicer communities like Moraga and San Luis Obispo. I remember that when she prepared to leave on her mission, her father gave her a solid gold pendant that had an engraving of Nefertari on it. He told her that if she were ever taken hostage or needed to buy her passage out of the country because of something like war, she could use that pendant to buy her freedom. Karin also was very much in the California mindset. I read in her obituary that she worked with environmental projects, and became a paralegal for a law firm that dealt with environmental cases. She was also very much health conscious and spent alot of time outdoors exercising and hiking. It actually was a hiking accident that took her life. (I just read that she feel 1000 feet down a ravine on Mt. Olympus.)

Our first few weeks together were tedious. I was a country bumpkin with a Texas accent. I didn't have fashionable clothes, I rarely wore makeup or curled my hair. I tend to be very pragmatic, and I was just focused on working hard. She was more cosmopolitan with great style. I'm very outgoing and direct. She was soft spoken and more reserved. It took awhile for us to learn to appreciate each other's differences, and to learn to get along. However, we set high goals and worked hard to achieve them. We ended up having a great time together and parted as friends.

I didn't keep in contact with her after our mission, so we didn't remain close. But it's sad to see her life ended so soon, especially because she was accomplishing so much in her life. She leaves behind a husband and two children. 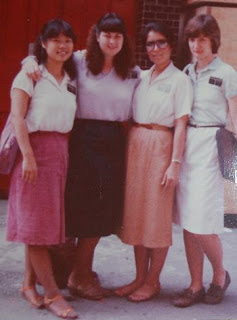 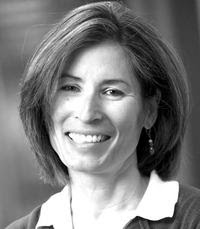 Delores,
Can I just say that this is probably the most difficult death I have had to deal with...because Karin was so young and she was one of my dearest friends. And believe it or not, I went on to the "guestbook" this morning and saw your comment. It took a minute for your face to register with me, but it did. I can't seem to remember what your name was back then, though. My last name was and still is Stenquist. Still a single girl...looking for the right guy. Please send me your email address because I would love to catch up. I am at cstenquist@aol.com. I am on facebook, too. And I lived in the Bay Area (Lafayette/Moraga) for a few years.

Wow, that's so sad that she died hiking.

I am so sorry about your friend. She was a very pretty woman, and it's sad she died that young and that way.

that is very sad that she passed away, it sounds like she did a lot of good in this world.